Uploaded on Feb 18, 2012
Enter the world of hackers and cyber sleuths.

The internet is touted as one of the most important inventions in the history of modern man, and like the discovery of the atom, its ability to benefit mankind is matched only by its potential to unleash massive destruction.

Web Warriors is a one-hour documentary that offers an unprecedented glimpse into the world’s newest and most vulnerable frontier: cyberspace. We enter the world of hackers like Mafia Boy – a 15 year old high school student who rose to infamy in 2000 by causing millions of dollars in damage after single-handedly shutting down internet giants – including Yahoo, Amazon, eBay, Dell, eTrade, and CNN.

We’ll meet hackers like Donnie who goes on a journey into the Russian cyber underground as he searches for the creators of a computer virus with the hopes of collecting the $250,000 bounty being offered by Microsoft.

Just as in nature, computer viruses have rapidly evolved and now have the ability to control millions of computers unbeknownst to their owners, thereby creating massive illegal computer networks known as “Botnets”.

These “Botnets” are being put to a variety of illicit uses including identity theft and cyber extortion, but they are also the latest and most potent weapon being deployed in military conflicts. Web Warriors dissects the massive cyber attack against Estonia in 2007 which virtually shut down the country and resulted in NATO deploying its cyber response team.

Web Warriors offers rare interviews with cyber sleuths from the FBI, the Pentagon, NATO, and the Department of Homeland Security who explain how cyberspace has become the latest battle ground between nation states and how terrorist groups are already plotting their next move.

Web Warriors offers a fast-paced never-seen before glimpse into the cyber trenches of a world wide battle. Some reports say the cost of cyber crime is now on par with the illegal drug trade.

How to Crack adobe audition

(EC3) Opening of the European Cybercrime Centre at Europol 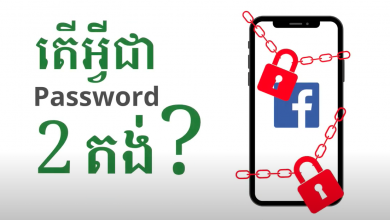